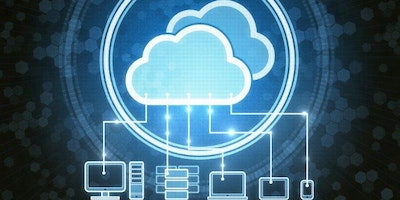 ” Located in Luxembourg, Broadcasting Center Europe (BCE) is a major European Broadcast, Telecom, ISP and IT service provider that offers technical services to more than 400 clients in, for example, TV, radio, telecommunications and IT, in more than 15 countries.
Their new building is one of the first pure IP broadcast centers in the world. Patrick Bernard, Head of Technical Services, will give us insight into the integration processes of their brand new IP production infrastructure.”

“Snell Advanced Media will talk about media organizations that need greater flexibility without adding increasing operational costs as content is managed in multiple locations and formats.
These requirements coupled with the pace of IT innovation, and the push for open standards to future proof network investment, means that the shift to IP is becoming a reality.
Indeed, in a number of high profile cases, broadcasters are making large scale building moves, opening new studios as well as building new OB trucks having already made the decision to go all-IP.

14u15         Evertz | Mo Goyal
YouTube London UHD over IP & Eurosport: Roland Garros 2016
“With over 50 installations worldwide, Evertz is a leading player in the broadcast industry’s transition to production over IP. Evertz has experience with projects in IP live production (compressed and uncompressed), transport, IP Playout and IP OB Trucks. Not only in North America, but on every continent around the globe.
During our presentation we will give you some insights in a few of the European installations. A full UHD over IP live production installation at google’s youtube space London and Eurosport France, a transport application.”

14u30         Medialaan | Jan Lemberechts
Medialaan News: new audio infrastructure
“Medialaan is investing in 2x new audio control rooms, as part of the renewal of our    news rooms. Those will be able to connect to all venues around the Medialaan site, using field-proven MADI, as well as AoIP  technology.
We will give an insight into our system design.”

15u30         Amptec | Patrick Demoustier
Night of the Proms
“The Night of the Proms is a well known event in Belgium, but is also travelling around in 12 countries. Since 1985 already more than 10.000.000 people attended this show, where classic meets pop. One of the key elements in the technical domain is the personal monitoring system for approx. 70 musicians and choristers. As the former analog system had reached its limits, also in age, a new approach was needed.
In close cooperation between PSE, Amptec and Glensound, the Sympony musicians’ audio monitoring and microphone amplifier was designed to meet all of the users’ requirements. For all, it seemed naturally to encompass and embrace the advantages of a IP-based network audio system to include their monitoring and musical instrument pre amplifiers.
The shape and feature set of the Symphony came from the customer’s many years of experience from within the orchestral music industry. The simple controls for the musicians, the microphone amplifier setup hidden away from the musicians, the ability to mount the Symphony on a microphone stand and a clean blank audience facing side of the box were all key required features.
Being a high caliber audio environment naturally the microphone amplifiers and monitoring circuits had to be the best available, which was made possible because of the combined years experience in broadcast audio of all parties.”

15u45        Algam Benelux | Dago Sondervan
Dante – AES67
“Based on industry standards, Audinate created Dante which is an uncompressed, multi-channel digital media networking technology, with near-zero latency and synchronization. Dante is the preferred audio networking solution that has been adopted by more pro-audio AV manufacturers than any other networking technology. Interoperability is not a dream of the future, but a reality today. Hundreds of Dante-enabled products are available from the world’s leading manufacturers, enabling you to mix devices from multiple manufacturers.
We’ll show how we work with Focusrite Rednet, using the Dante protocol in a broadcast                             environment.”

16u00        Limecraft & VRT | Maarten Verwaest & Kris Peeters
Co-production of high-end TV drama using Reliable File-based Workflow
“To transfer material between the filmset and the different steps in post-production, producers often rely on physical transport of files on hard discs. VRT and Limecraft have perfected an online or cloud-based workflow, used by co-producers and other stakeholders to securely and reliably exchange dailies, semi-finished cuts and masters. The key benefits include a shorter cycle time, increased reliability and cost reduction. During this session, based on some recent cases including ‘De Regel van 3s’ en ‘Gevoel voor Tumor’, Kris Peeters (VRT) and Maarten Verwaest (Limecraft) share first-hand insights and lessons learned, and they will quantify the business case of a cloud-based workflow.”

16u15        Proximus | Rodrigo Sternberg & Dirk Sykora
Case Study: IP Remote Production for Proximus League
“SiA & Proximus started broadcasting all games of the Proximus League since this past August using future-proof remote IP technology. The setup comprises three flight cases that travel around the country to connect all cameras, microphones and comms in the stadia with the remote IP production infrastructure in two MCRs in Brussels – capable of producing two matches simultaneously in two languages. This remote IP production collaboration involved Skynet iMotion Activities (SiA), the production company of the Proximus group, along with Lawo, NEP Belgium and Videohouse (part of Euro Media Group). The case will highlight the benefits and experiences of this pragmatic IP Remote production setup.”